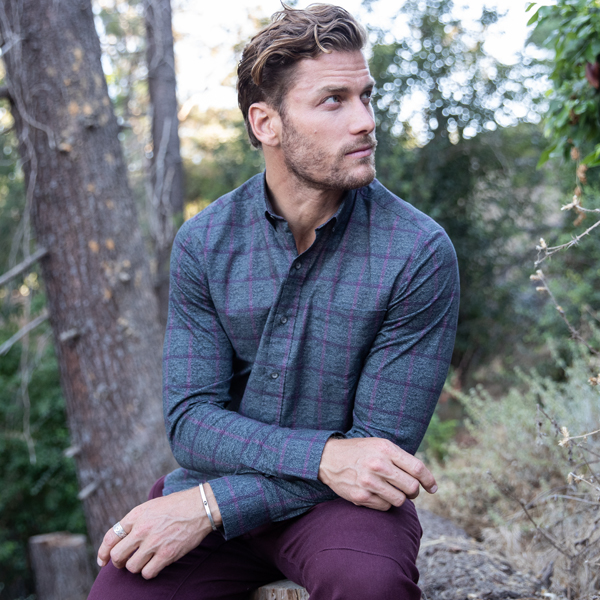 “If a dress shirt feels like a t-shirt, but looks like a dress shirt, will you still feel like you’re at work when you wear it?” The answer is (100%) yes.

Business Insider did a feature on our Reworked Shirt, which is a mixed media shirt that has a woven front with a knit sleeve and back construction. What does this mean? It looks a regular shirt (some may say dress shirt) but feels like a t-shirt on. The Reworked shirt comes from the W.R.K philosophy of our designer Matteo Gottardi that clothing is considered a staple and part of life hack. From jackets to pants, every item is meant to look good, feel good, and serve a purpose.

Here is Gottardi’s design logic behind the Reworked Shirt concept: if you take the dress shirt for example, when and how does a man actually wear it? If he is at work, then most likely it is with a blazer so why not make the sleeves softer and less starchy. A man still needs to move his elbows freely. The fabric can be more structured around the wrist, the collar and the front — which is visible to everyone — to be seen as more structured. The back (where a man sits) should be soft.

And that’s how a dress shirt that feels like a t-shirt is born.

Gottardi, 31, studied at NYU’s Stern School of Business and started his own line shortly after that. Now, beyond designing for W.R.K, he is also what the Wall Street Journal called a “ghost designer.” He is the secret force behind menswear brands like Vince Camuto and Joseph Abboud which he designs through his creative studio the WRKSHOP.